For nearly a decade Rainer Ganahl has been identifying with the early proto-avant-garde figure Alfred Jarry who became a world celebrity through his absurd theater piece ‚ÄúKing Ubu‚Äù, his pataphysical writings and his self-destructive life-style that killed him at the age of 34.

Ganahl‚Äôs I WANNA BE ALFRED JARRY works rather ignores Jarry‚Äôs most famous classics and focuses on the less known aspects of Jarry as a fanatic cyclist with a stolen bicycle at a time this new vehicle was just invented, as a gay character who was in possession of at least one penis sculpture and as a mad man who shot guns at friends, critics and monuments. In his little small late futurist novel, ‚ÄúLe Surm√¢le‚Äù, 1903, Jarry basically anticipated what later became known as performance enhancing drugs in form of bicycle doping and Viagra.

To show the power of his ‚ÄúPerpetual Motion Food‚Äù, the text stages a 10 000 miles race between a quintuplet, 5 riders on a bike, against a train that ran on the tracks of the then not yet fully built trans-siberian railway. For the less explicit demonstration of male masculinity, the writer describes a 24 hour love making performance in which the female partner passes out and dies, as observed through a peep hole that evokes the exact scenery of Duchamps posthumous master piece ‚Äô‚Äô√âtant Donn√©‚Äù. Duchamp and nearly the entire international avant-garde of the early 20th century idolized Jarry after his premature death in 1907 and the publication of his entire oeuvres a few years later that contained a drove of texts and text fragments so powerful that even 100 years later Rainer Ganahl still gets ‚Äúhigh‚Äù on him.
Swissjarry, the title of the artist‚Äôs presentation, does not just randomly play with the location of the show but serves as a reminder that Jarry‚Äôs King Ubu was presented by Hugo Ball at the Cabaret Voltaire in 1916. (see also Ganahl‚Äôs one person exhibition DADALENIN at Cabaret Voltaire.) He also wrote the fantastic short story entitled The Passion Considered as an Uphill Bicycle Race, which inspired Ganahl for a Heimatfilm with the same title shot in the Alps in a late winter month.

The artist hosted an Alfred Jarry reading in German as well as a discussion with Stefan Zweifel, a literary critic and translator of texts by Alfred Jarry with a subsequent presentation of ‚ÄúI wanna be Alfred Jarry‚Äù films on Tuesday, April 15th. 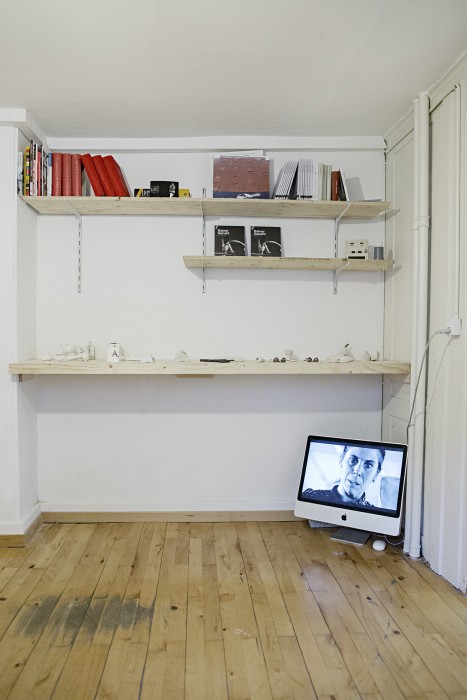 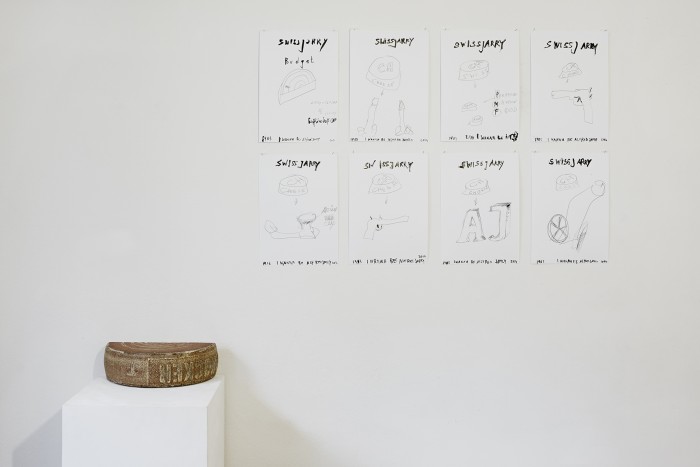 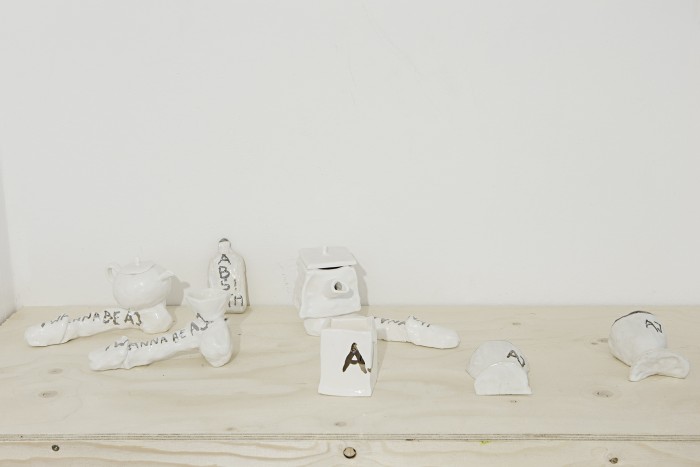 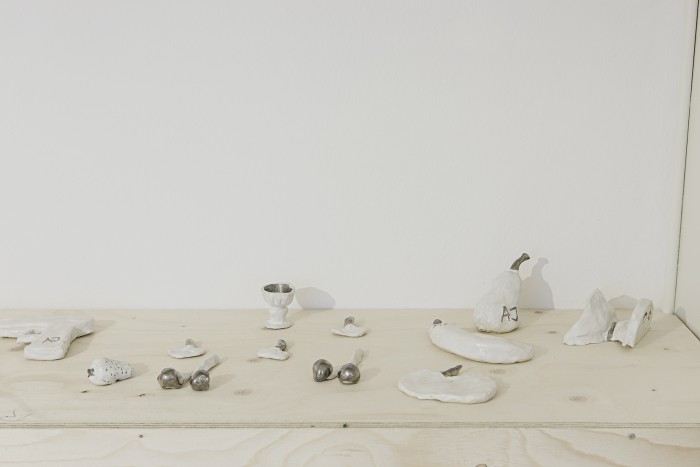 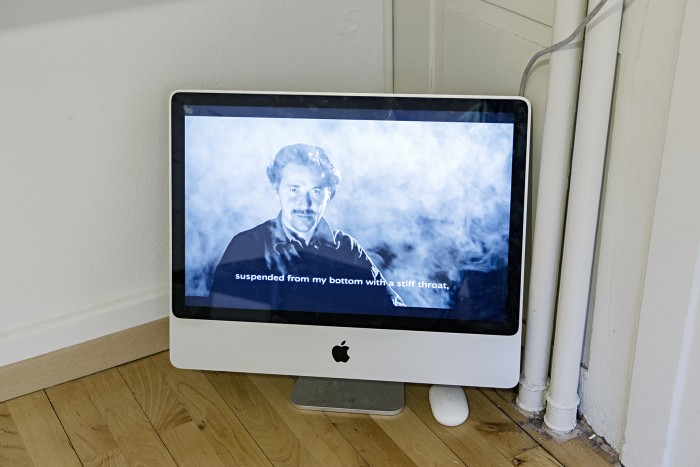 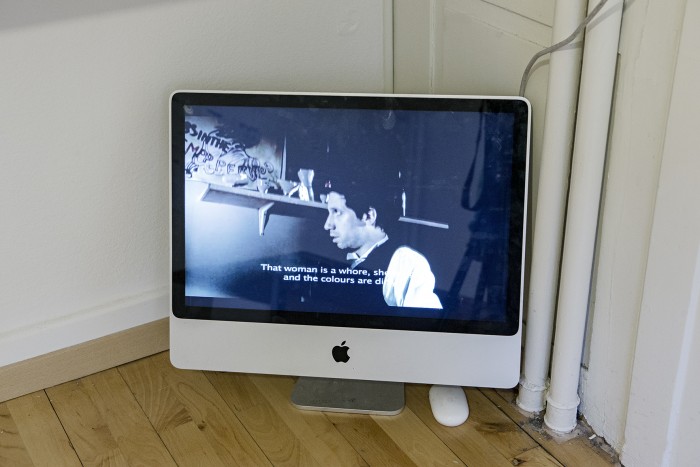 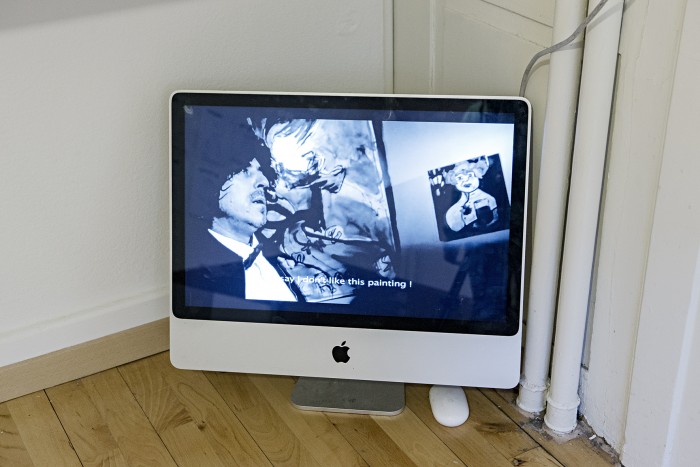 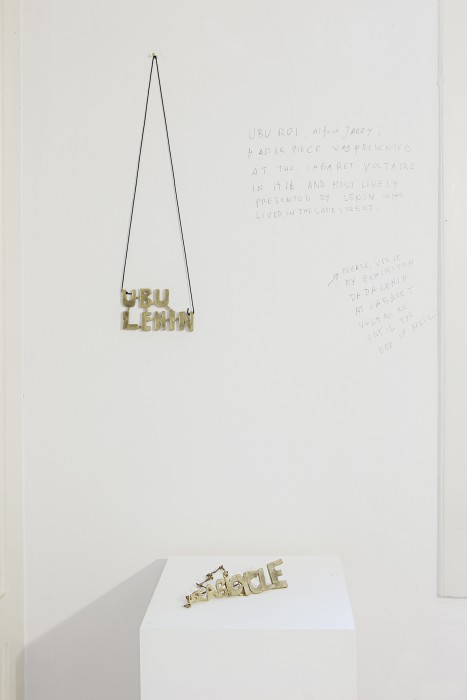 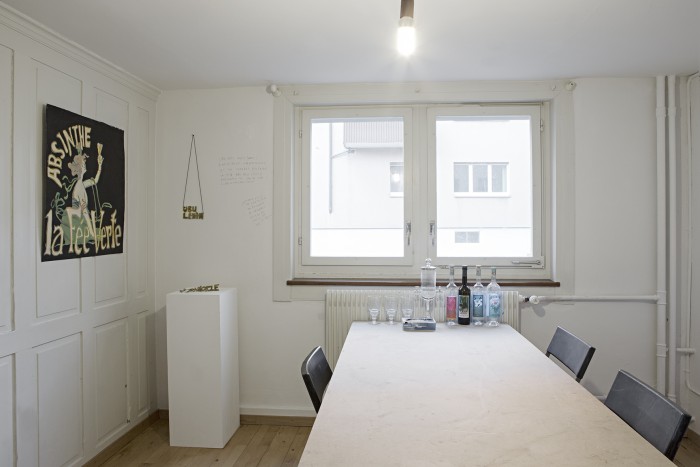 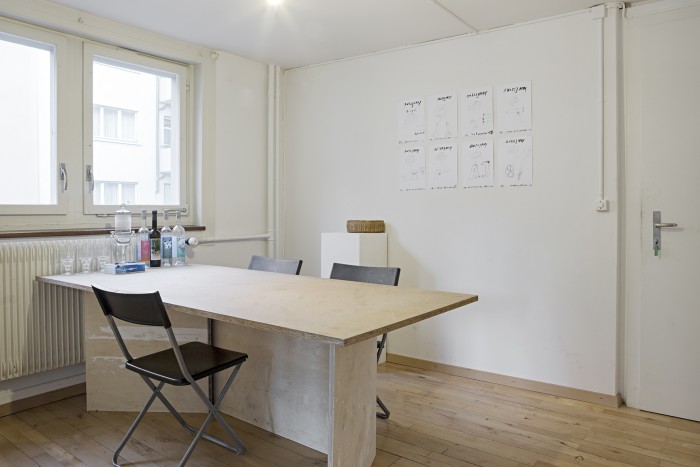 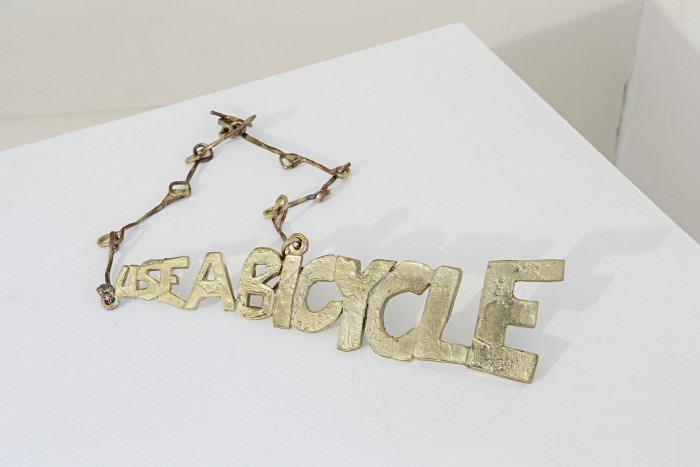 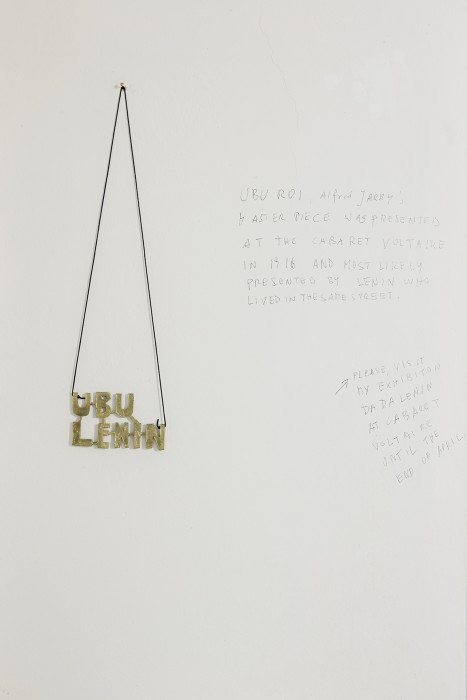 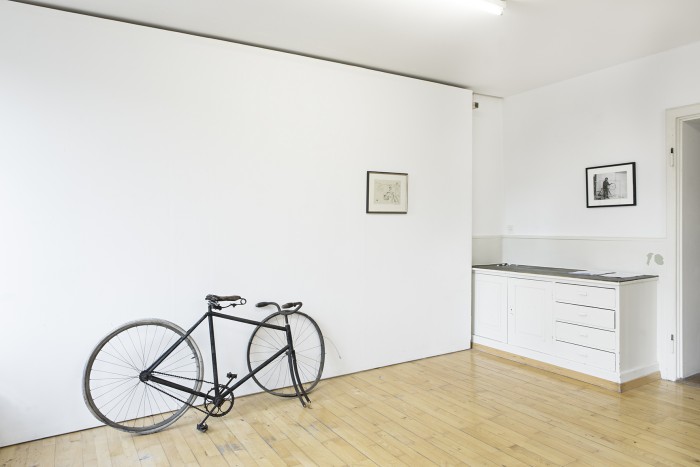 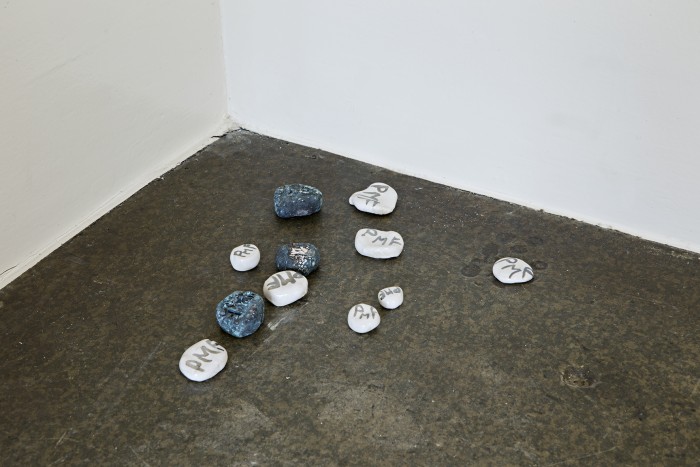 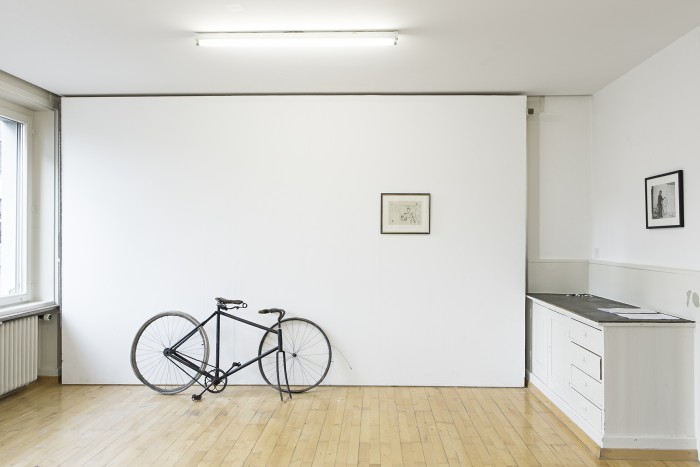 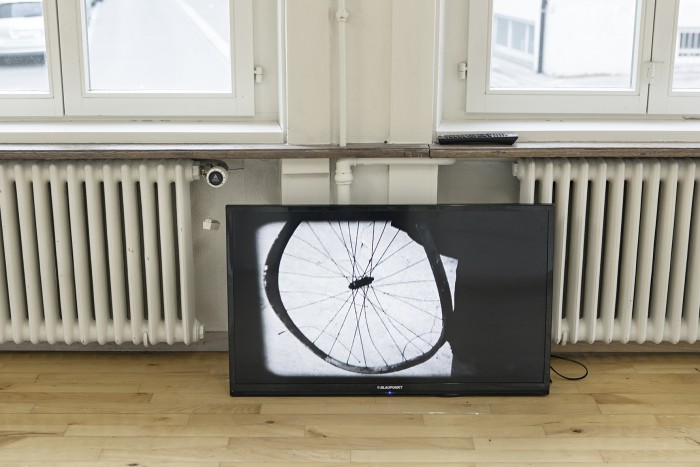 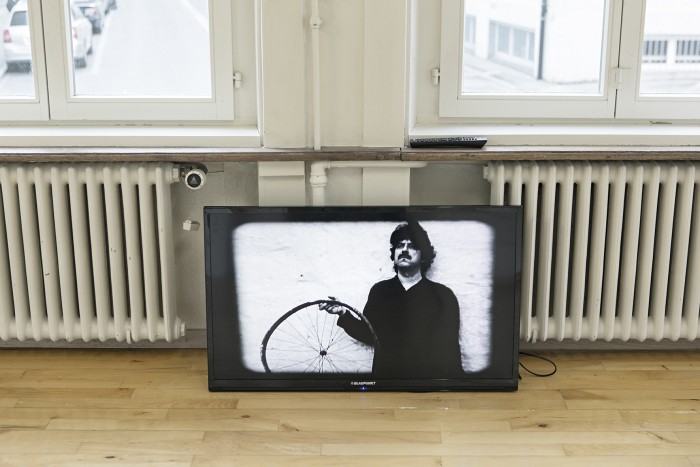 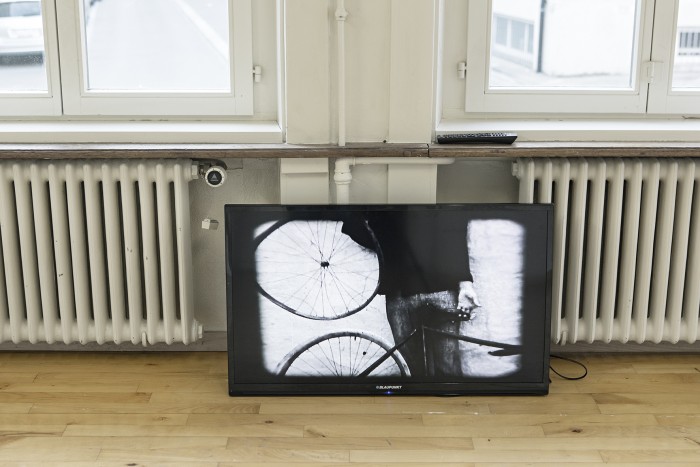 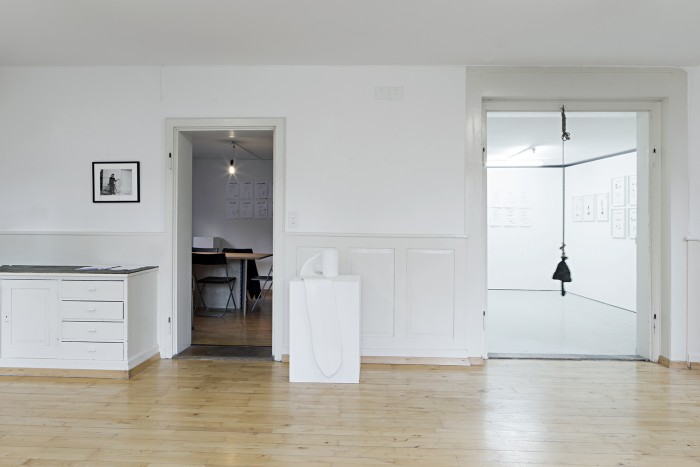 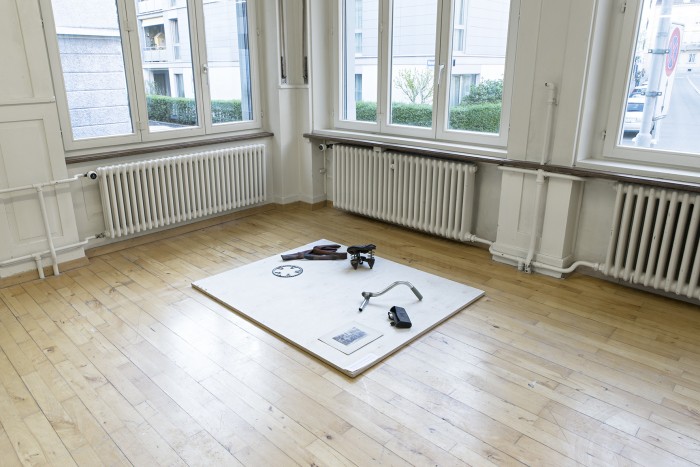 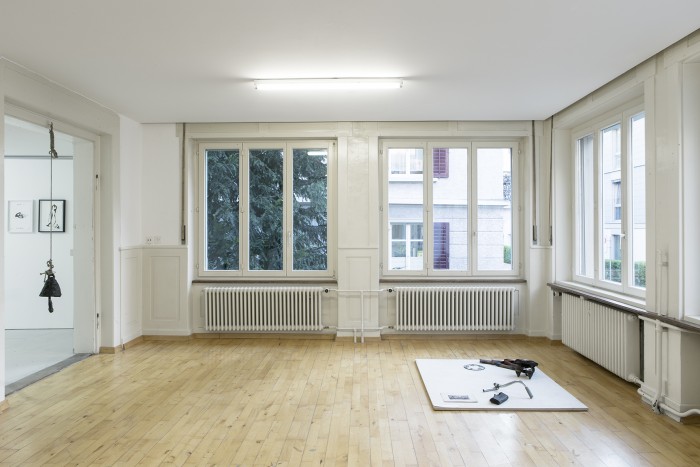 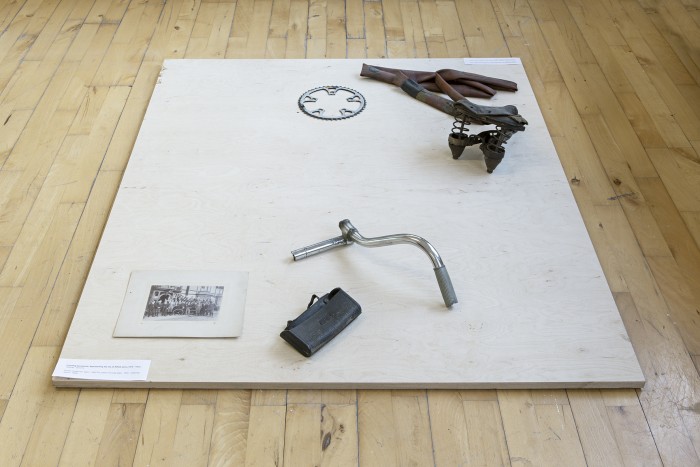 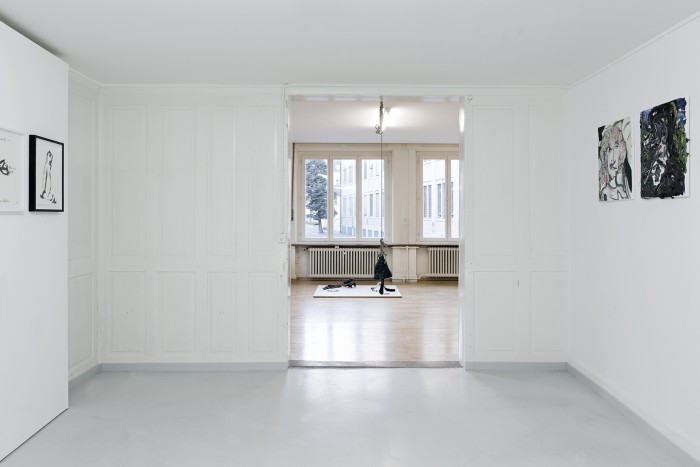 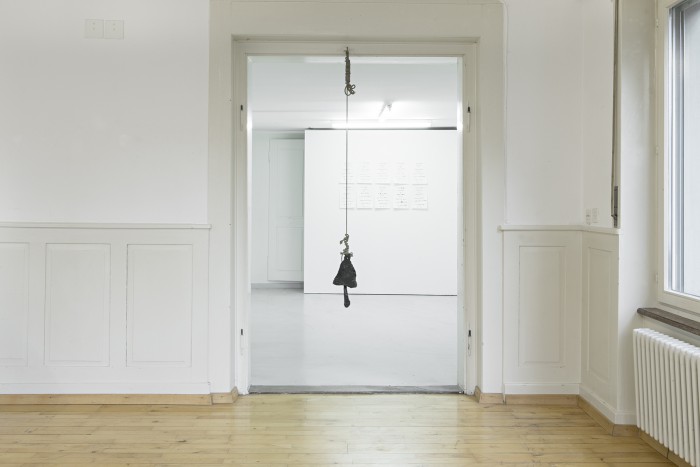 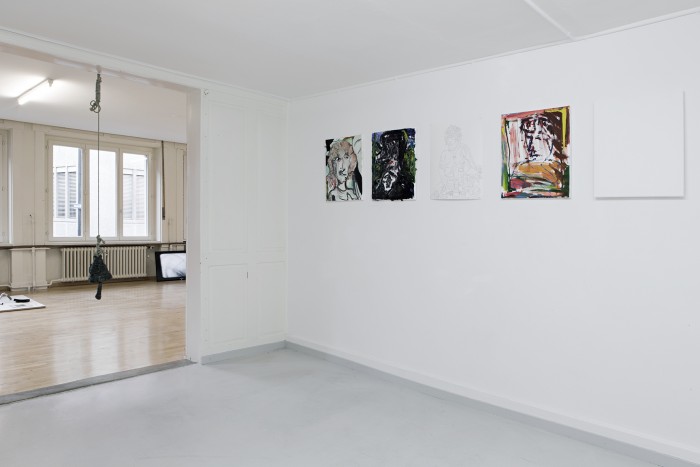 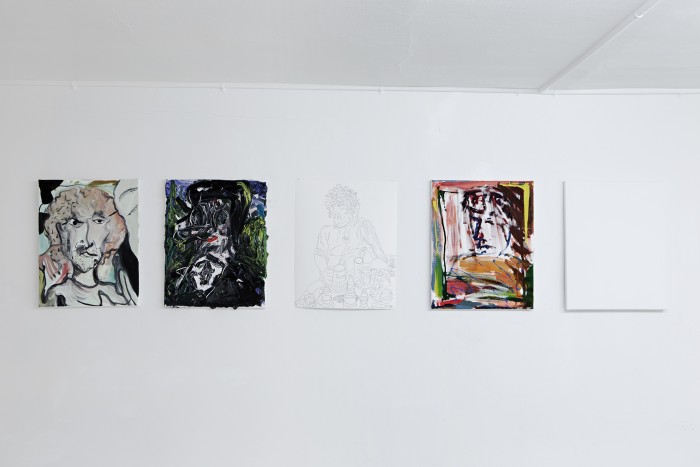 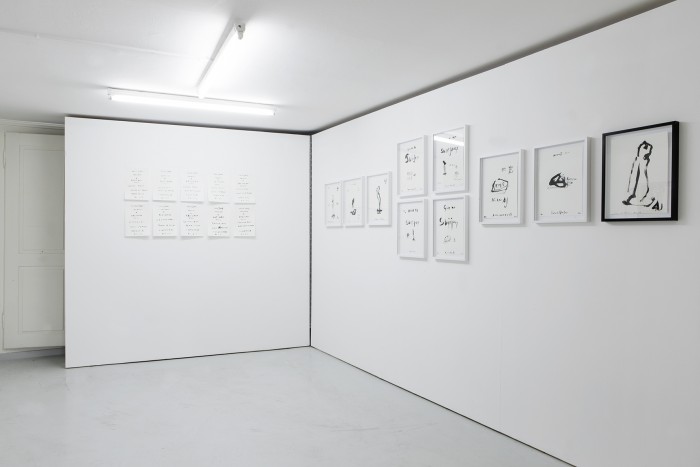